Using locknuts in pivots is a well-recognised technique used by Meccano modellers. However, the inevitable result is a rather loose, floppy joint, not really up to the precision required in some lever mechanisms, particularly steering mechanisms. There are better ways to utilise lock nuts which result in a pivot with minimal looseness. 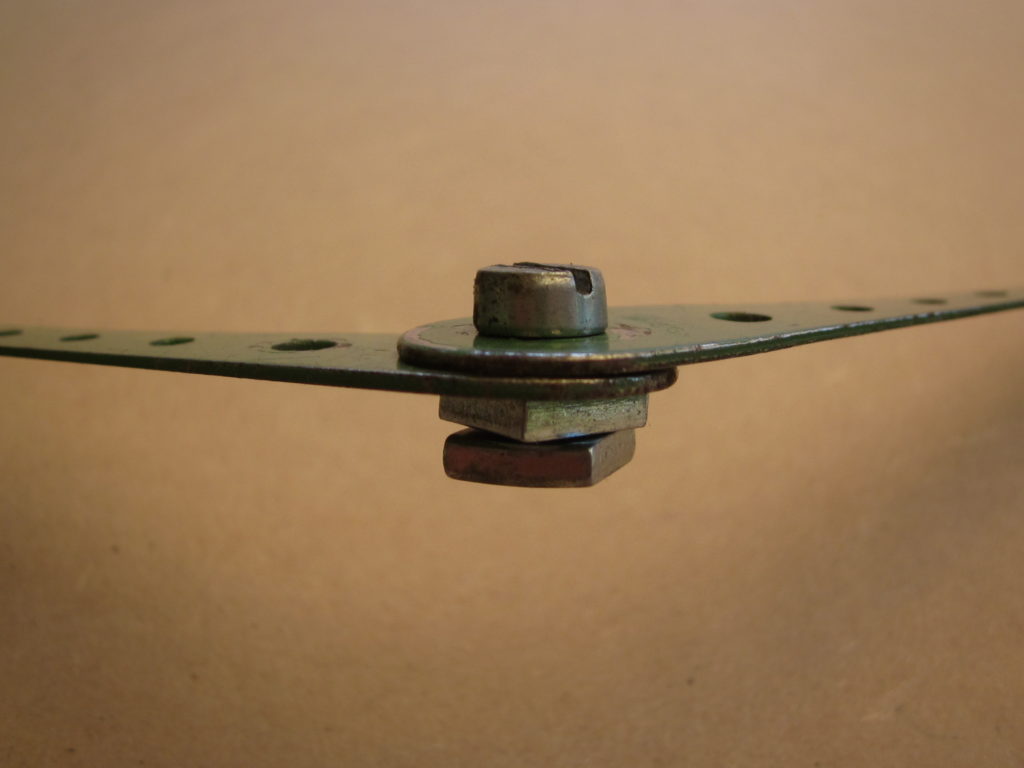 Picture 1 shows a conventional lock nut joint. If the two strips are pushed and pulled apart lengthwise, it will be found there is 0.9mm of free movement (slack). One reason for this is because Meccano strips have hole diameters of 4.2mm whereas 5/32” screws are 3.9mm diameter over the crests of their threads. Another reason is that the screw can tilt in the connection. A sloppy joint is assured. 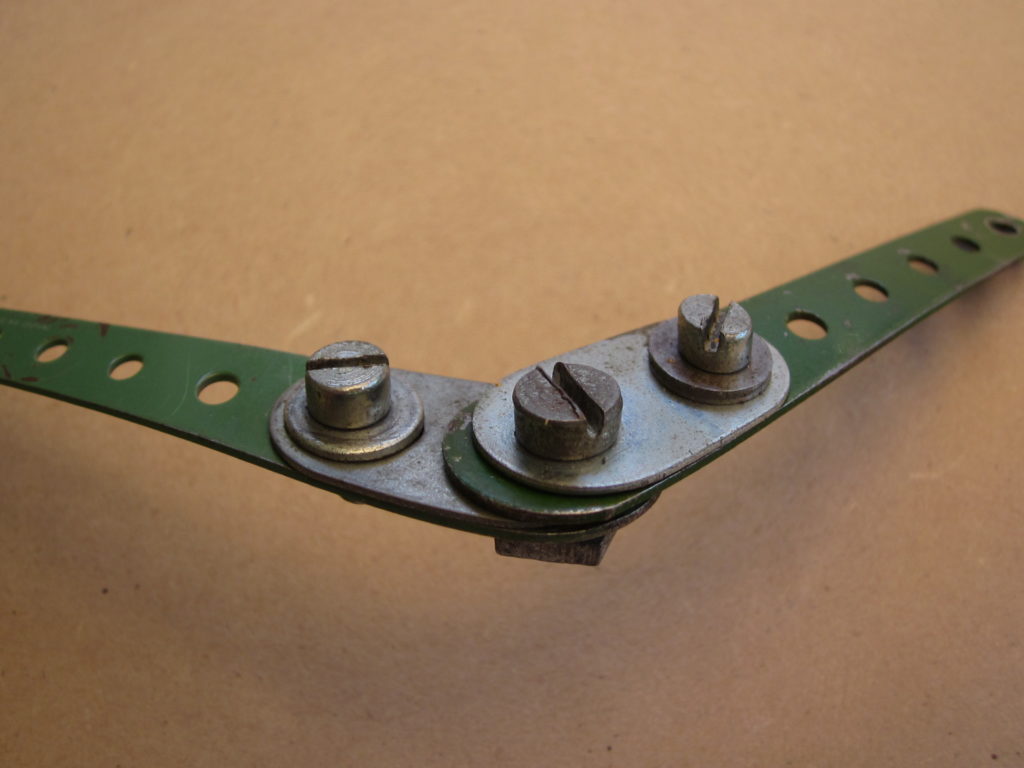 Picture 2 shows one way of reducing slack. Fish Plates (p/no. 10) are bolted through their slotted holes to the second hole from the end of each strip. The pivot screw with locknuts passes through the round hole in the Fish Plates as well as the end holes of the two strips. A 9/32” long screw will be required for the thicker assembly. After tightening the pivot screw and locknuts, the Fish Plates can be moved along their slots to close up each one’s hole in the pivot while their fastening screws are tightened. It is useful to have a washer under the head of each fastening screw. This arrangement reduces slack to 0.3 mm. 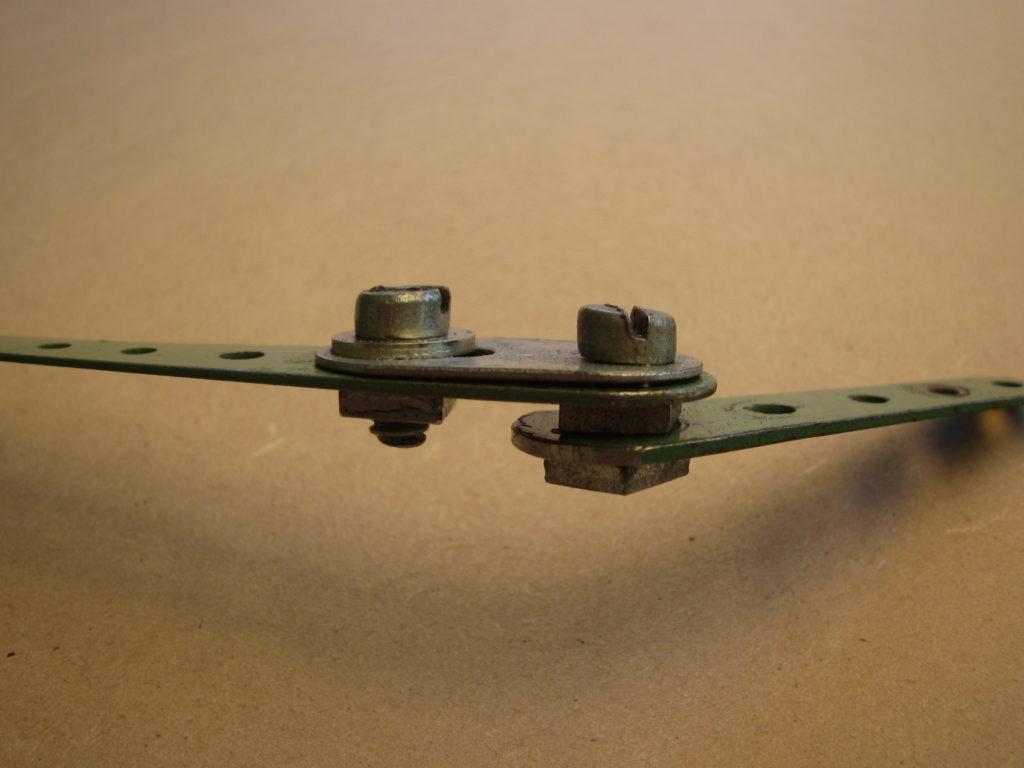